Brené Brown, PhD, is a research professor at the University of Houston, Texas, United States. She has been involved in studying and doing research about vulnerability, courage, authenticity, empathy and shame for the past decade. But it was the 2010 TEDx talk (video above) that made her immensely popular.
Her talk about Vulnerability is considered one of the most successful TED talks of all time with over 12 million views. “Vulnerability is our most accurate measurement of courage” Brown says.

The most important work

Daring Greatly: How the Courage to Be Vulnerable Transforms the Way We Live, Love, Parent, and Lead.
- In this book (New York Times Bestseller) Brown challenges everything we know about vulnerability based on 12 years of research. She point out that vulnerability is not weakness, but rather our clearest path to courage, engagement, and meaningful connection.

Brené Brown: Why Your Critics Aren’t The Ones Who Count 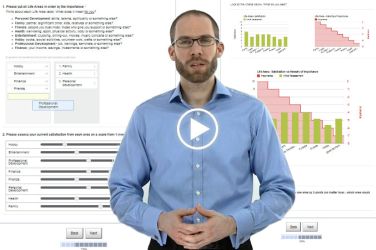 Experience yourself how e-coaching works with Project Next Job!